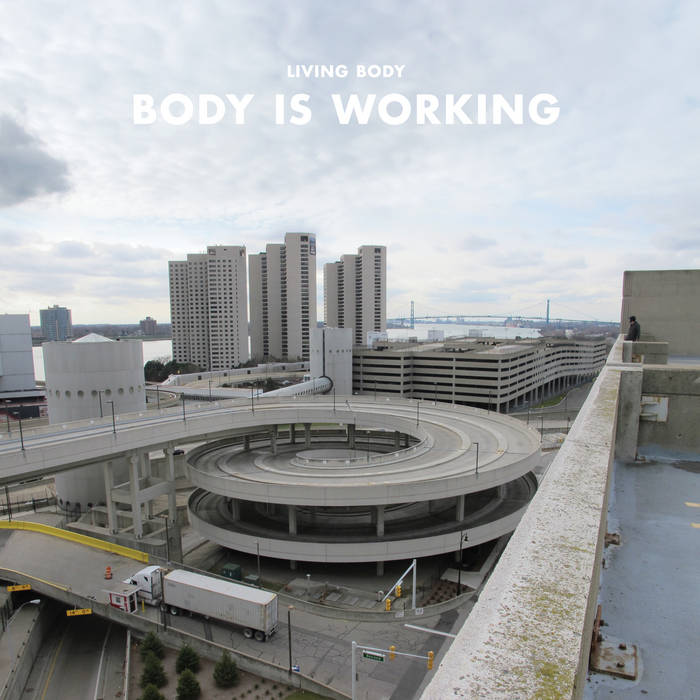 Body Is Working is the debut album by Living Body, a new project from Leeds-based Chicagoan multi-instrumentalist Jeff T. Smith (formerly, Juffage), featuring longtime collaborators Katie Harkin (Harkin, Sky Larkin, Sleater-Kinney, Wild Beasts), and Tom Evans (Vessels). The album will be released on digital download and 12" vinyl on Friday 2nd December via ourselves in the UK, and Kingfisher Bluez in Canada / US.

Living Body came into fruition after the musicians took part in a one-off performance, a live event aptly titled 'Sonic Cauldron'. Here, audience members were positioned within the immersive sensory confines of a large, purpose-built circular PA system. Smith also specifically designed a computer programme to distribute the sound of the musicians playing in real time around the perimeter of the venue - a deconsecrated church in the heart of residential Leeds.

Following the concert, the project grew into a new live group, augmented by additional members Alice Rowan (Mayshe-Mayshe) and Sarah Statham (Esper Scout). As a result, Living Body sees Smith’s previous solo project evolve from the unbridled spectacle of live performances based on live looping and super-colossal multitasking into a direct and focused approach, with emphasis on honest and immediate bulletproof songwriting. Anchored by Smith’s vision of music as a means of bringing joy into the lives of others, Body Is Working distills an endless fascination with the entanglement of pop and noise/drone forms into an impeccably unified, cohesive entity.