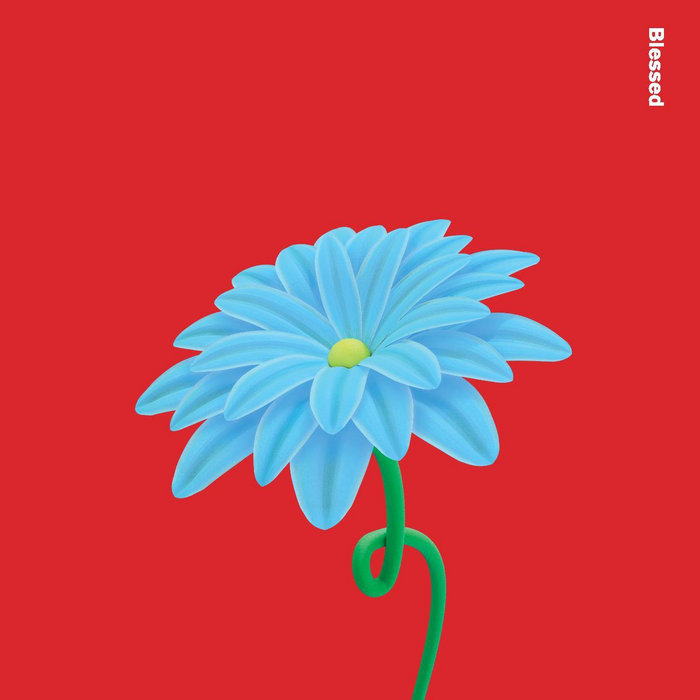 "Blessed is a band based on uncompromising work ethic, a commitment to democratic involvement between members, striving never to repeat itself. Comprised of members from the Fraser Valley, the off-to-the-side Vancouver suburb the group resides in, Drew Riekman, Jake Holmes, Reuben Houweling, and Mitchell Trainor came together to create something they had been looking for in their previous projects. Between the four, their projects have toured internationally (US, EU), recorded with Corin Roddick (Purity Ring), and played many esteemed festivals (Sled Island, Rifflandia, NXNE, SXSW). Blessed has, in its short existence, been fortunate enough to play alongside Garrett Klahn (Texas Is The Reason), The Courtney’s (Flying Nun), Preoccupations (JagJaguwar), Chastity (Captured Tracks) and Fucked Up (Matador). After a winter in Montreal, guitarist/vocalist Drew Riekman approached the three other members about a project designed to fulfill a desire wherein they could create music with no boundaries in it's creative process, and tour as relentlessly as they pleased. After touring North America once and Canada three times on the strength of their first four song EP, Blessed is releasing a new four song EP on May 5th on 12" through Kingfisher Bluez (Allison Crutchfield, Xui Xui) and Coin Toss Records (Drug Control, Edgewise) and Cassette through Double Lunch from Edmonton.

Recorded over 7 days at Vancouver’s Rain City, the new EP finds the group exploring territory akin to Television, Wire, Deerhoof, and Liars. Experimenting with the addition of programmed drums, synthesizers, and no limits on how short or long a song could be. Mixed by Jesse Gander (Japandroids, White Lung) and mastered by Paul Gold (Akron/Family, The War On Drugs), Blessed has crafted a four song EP that clocks in at 26 minutes spanning an even vaster sonic landscape than their previous EP. Frantic yet calculated, wiry yet groove oriented, the group are expanding the definition of what band can create and still maintain its core sound."